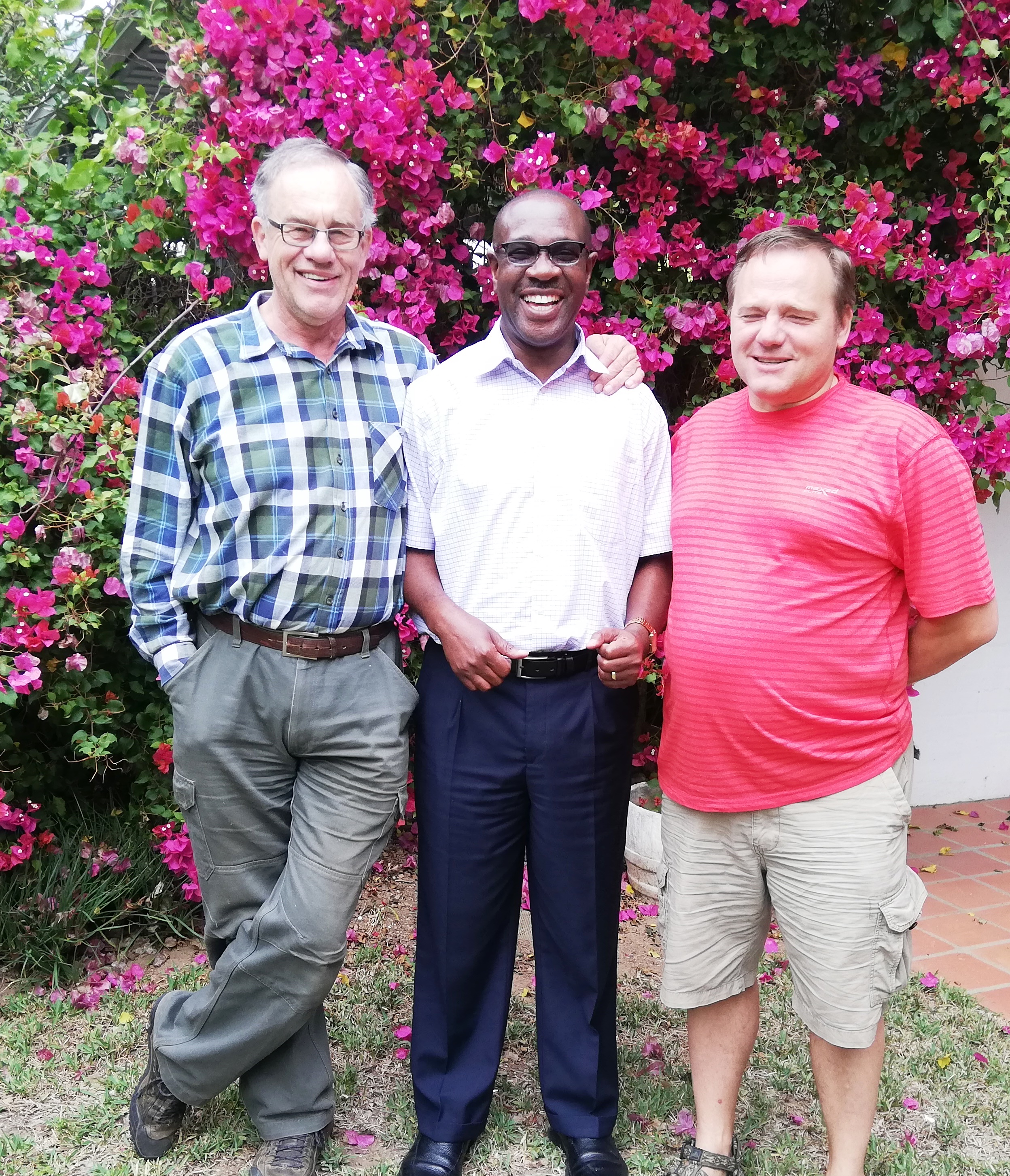 Let’s first introduce Japhet Ndhlovu. Born and educated in Zambia, he served as General Secretary for the Council of Churches in Zambia, Executive staff at the All Africa Conference of Churches, National Moderator of the Reformed Church in Zambia among other senior managerial positions. Japhet holds a PhD from Stellenbosch University and two Masters degrees obtained in Ireland and South Africa. Then, in 2013 he moved to Canada and served as an Ordained Minister in the Epworth Pastoral Charge in Newfoundland before being called to the head office of the UCC. At present he is serving as a Programme Coordinator for global partnerships in the UCC Church and Mission Unit responsible for the Philippines, India, Angola, Zimbabwe and Zambia – Southern Africa.

NetACT was officially founded in Lusaka, Zambia, April 2001. Nico Mostert was a pastor in a Reformed congregation in Lusaka at that time. He officially attended the historic meeting when NetACT was founded. Japhet was co-pastoring the Reformed Congregation with Nico, while, at the same time playing a key role in the leadership of the Reformed Church of Zambia. In a prophetic way, he led the fight against HIV/AIDS in Zambia and wider. He, amongst others, motivated NetACT to address the pandemic – which led to NetACT introducing HIV/AIDS programs in all their seminaries as well as training lecturers to present these courses.

Jurgens Hendriks was the Executive Director of NetACT in those years. The NetACT based friendship and shared goals led to Japhet doing his PhD on COMBATING HIV: A MINISTERIAL STRATEGY FOR ZAMBIAN CHURCHES with Jurgens as promoter. The degree was awarded in March 2008. The concept “circles of hope” was a key strategy that Japhet successfully developed in the Reformed Church in Zambia’s fight against the pandemic.

The three met when Japhet visited SA in March 2019. They had many stories to share! We hope the cooperation between the UCC and NetACT is going to develop an exciting new chapter in everyone’s life!